Irish Companies are Finding a Second Home in New Jersey

Ireland is a small island with big ambitions. “The Land of Saints and Scholars” is a hotbed for innovation, reflected in its major presence in healthcare, life science, technology, and manufacturing. Despite its size, Ireland is an economic powerhouse, ranking second globally in GDP per capita in 2022.

In New Jersey, known as the “State of Innovation,” Ireland has an excellent partner for economic growth. In 2021, New Jersey-Ireland trade totaled $2.4 billion. Top imports and exports include medical instruments, pharmaceutical products, and manufactured machinery.

This complementary relationship has helped New Jersey become one of the top three states in the northeast United States for greenfield foreign direct investment from Ireland. Irish companies have created over 850 jobs and $442 million in direct investment since 2003. Irish businesses with a significant presence in New Jersey include Aqua Comms, C.I.E Tours, Ding, Global Shares, Kerry Group, Slendertone Distribution, SteriPack, and eshopworld. The connection between the states is so strong that the Ireland Chamber of Commerce for the United States has chosen to call New Jersey its home, based in the Union County borough of New Providence.

New Jersey seeks to strengthen ties with Ireland and explore new opportunities for collaboration during a Governor Phil Murphy-led business attraction mission to Ireland in April 2022.

The strong bond between New Jersey and Ireland begins with a long, shared history. Ireland is one of the two most common ancestries in New Jersey, with more than 15% of the state’s residents claiming Irish lineage, and several towns reporting as much as one-third of their population with an Irish background. New Jersey has the 6th largest population of foreign-born Irish overall, and 9th largest ancestry total, despite being one of the smallest states in the U.S. In the 1700s, the city of Newark (now one of the State’s burgeoning tech hubs), was nicknamed “Irishtown,” and is home to the oldest St. Patrick’s Day parade in New Jersey. Irish Americans help lead state government, industry, and higher education, including the State’s present Governor, Phil Murphy, whose Irish family hails from Donoughmore.

New Jersey is actively working to attract Irish businesses to increase economic ties between the State of Innovation and Éire. Choose New Jersey led an academic and business delegation to Ireland in 2019 to collaborate with Irish leaders on economic and academic opportunities. The mission resulted in MOUs between University College Cork and Rutgers, the State University of New Jersey, to form the New Jersey-Ireland AgriFood Innovation Alliance, and between Rutgers University and NUI Galway to collaborate on medical device technologies.

Later, in the midst of the pandemic, Choose New Jersey teamed up with FinTech Ireland and New Jersey City University (NJCU) School of Business for the Fintech Bridge webinar to discuss new fintech trends and opportunities.

According to the U.S. Department of State, 27% of all Irish exports go to the United States. International companies value New Jersey for its port access and extensive transport systems. The Port of NY/NJ is the largest on the U.S. East Coast and ranks #2 for import activity. New Jersey also offers key market access with the ability to reach 107 million consumers within one day’s drive.

Ireland is known for being a leader in both financial and intellectual capital. Similarly, New Jersey is home to the highest concentration of scientists and engineers in the U.S. The State’s world-class talent, outstanding education system, and leading research universities are ideal for partnership opportunities and hiring a top workforce.

New Jersey and Ireland are globally recognized for their life sciences, financial services, technology, and advanced manufacturing industries, and their innovation ecosystems are thriving and ripe for investment.

New Jersey is a financial services hub, and home to the headquarters of 25% of the world’s top 100 fintech companies. Global Shares, a Cork-based fintech company which simplifies employee ownership for companies worldwide, is leveraging the assets available within the robust financial services industry in New Jersey, including close proximity to New York City, but at a more affordable cost. Together, New York and New Jersey represent the #2 fintech hub in the U.S.

Hugh Curran, Managing Director for North America at Global Shares, describes the recent success the company has seen, stating, “we have a beautiful office on the [Jersey City] waterfront overlooking Manhattan so we’re quite lucky with that location… we have an incredible team here and its helped grow our U.S. client base in the last 24 months from 60 to over 200.”

New Jersey is a growing technology capital that offers the support for entrepreneurs to scale and multinationals to thrive. Irish companies that locate in New Jersey can tap into a strong regional workforce, ranked #1 in employment for software and web developers and #2 for cybersecurity analysts. Seeing a rapid acceleration of startup activity, New Jersey was recently recognized as a top ten state for VC dollars invested in 2021. New Jersey entrepreneurs secured $5.5 billion in funding in 2021, representing a nearly seven-fold increase in just four years.

New Jersey’s legacy of innovation was a huge draw for Dublin-based company Ding. The largest international top-up platform for mobile phones expanded its footprint in New Jersey to meet demand in 2018. Ding intentionally chose BellWorks, the reimagining of the historic Bell Labs where early cell phone technology was invented, for its new office space. According to David Shackleton, CEO, “our new location in Bell Works, which was the frontrunner in trying to achieve global connection, feels like a great fit for us.”

New Jersey has been a keystone of the U.S. manufacturing industry since the 19th century. Over 2,500 advanced manufacturers employ 250,000+ employees in the state. The industry generates over $50 billion toward New Jersey’s GDP. New Jersey is also one of the top five states for chemical manufacturing in the U.S. Several leading Irish manufacturers have a presence in New Jersey, including Trane Technologies, an industrial equipment manufacturer, and Tyco International, a security systems company with operational headquarters in Princeton.

Future of the New Jersey-Ireland Partnership

With a New Jersey-Ireland future brimming with opportunities for collaboration and investment, Governor Murphy recently announced that he will lead a New Jersey delegation on a four-day business attraction mission to Ireland in April 2022, visiting Cork and Dublin. The mission will help enhance the economic, educational, and cultural ties between Ireland and New Jersey and promote opportunities for economic growth and innovation.

Choose New Jersey is a nonprofit economic development organization whose mission is to attract top companies and stimulate job creation within New Jersey. All services are free, and assistance is confidential. Use the form below to contact us today. 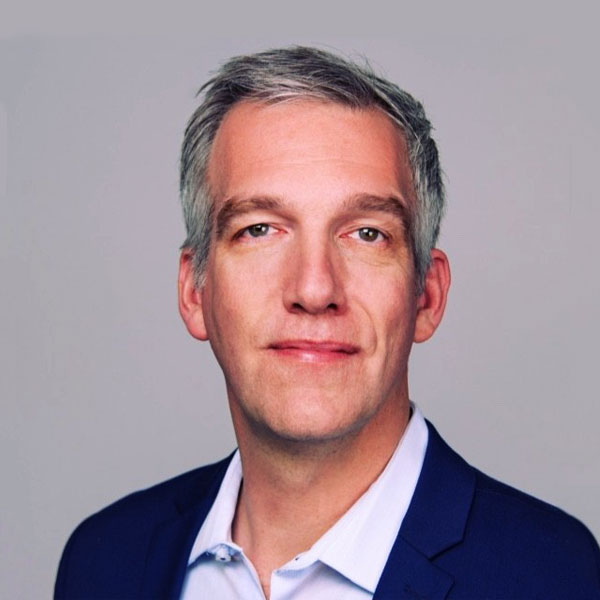