The eSports industry is a global phenomenon that brings together competitive gamers, many of whom have made careers out of gaming, to battle it out over popular video games. The industry, which has millions of players in the United States alone, is projected to surpass $1 billion in revenue by 2024.

The U.S. eSports commercial market is the second largest in the world behind China but is first when it comes to industry investment, according to eSports Insider. Since the industry was recognized as an official sport in 2013, it has grown rapidly. IBIS World reports that this year more than 270,000 people are employed by the video game industry in the United States. New Jersey currently ranks 8th in state eSports earnings, with players earning roughly $3.5 million collectively in prize money annually.

New Jersey approved eSports betting in 2019 in time for the League of Legends (LoL) World Championship final match, which brought in more than 100 million viewers. In June of 2021, New Jersey lawmakers passed a bill to include eSports in the State’s legal sports betting industry. This allowed licensed operators to accept bets on eSports up to $100, with a potential winning bet of up to $500.

Institutions of higher education have gotten in the game as well. At NJIT, eSports is a popular pastime for students. The university regularly hosts gaming nights, including Smash tournaments and LAN events. NJIT supports eight Division 1 teams and more than five Division 2 teams.

Every autumn, students can try out for the skill-based teams and, if accepted, compete with other college teams for scholarship money. NJIT reports that students who get involved in eSports are better positioned to be connected with (and hired by) big eSports companies, such as Corsair, Nvidia, Microsoft, and Logitech.

Stockton University also has eSports teams, including its Rocket League, which placed second in this year’s world championship tournament. In 2019, Stockton’s eSports team had 12 students. Now it has almost 800. According to Noel Criscione-Naylor, Associate Professor of Hospitality and Tourism Management, at Stockton, the university will establish a Bachelor of Science degree in eSports management next year.

Montclair State University also offers a certificate in Game Development. The university has an eSports Association called the Cyber Hawks which became an important way for students to connect socially during the pandemic.

A TIMELINE OF SUCCESS

Rutgers University opened its first LAN (local area network) Center in January 2020, based in Piscataway. The 2,700-square-foot gaming hub is a draw for both students interested in eSports and STEM majors. It includes 60 gaming computers, 12 of which are equipped for players to participate in national competitions. There is also space for casual console gaming, a CRT station for gamers to bring their own equipment, and a virtual reality experience.

When the Covid-19 pandemic hit, it became crucial to bring people together virtually and support industries that thrive without in-person interaction. In the fall of 2020, the New Jersey Economic Development Authority (NJEDA) facilitated the launch of Conference One (CF1), a “first-of-its-kind” collegiate sports league headquartered in New Jersey.

Teams from more than 128 institutions across the country, organized into four regions — North, South, East, and West — competed in Riot Games’ Valorant in its inaugural season. Having the NJEDA in the eSports industry’s corner continues to be a serious catalyst for growth in the State.

In May 2021, the NJEDA announced the approval of an MOU with New Jersey City University (NJCU) to build on the State’s existing value proposition for the online wagering and fintech sector. The agreement with NJCU will support the creation of a Sports Wagering and Financial Technology Workforce Development and Innovation Center.

Under the terms of this MOU, the NJEDA will contribute $200,000 in funding and staff resources. This money will bolster the Center’s goal of acting as a connector between industry, academia, and relevant State agencies in sports wagering technology and fintech.

EEG has a commercial relationship with Bally’s Atlantic City Hotel & Casino and takes bets on a variety of prominent eSports games, including Counter-Strike: Global Offensive, League of Legends, Call of Duty, and Dota 2 with the launch of its VIE.gg platform. Since coming to Hoboken, the company has partnered with Hard Rock Casino to host in-person events, like the LanDuel event, the first sanctioned skill-based wagering event in the U.S.

New Jersey’s dedication to eSports isn’t slowing down. In October, Stockton University held a ribbon cutting for the Esports Innovation Center in its Atlantic City Residential Complex, which opened in partnership with the New Jersey Economic Development Authority. The center’s goal is to promote and develop eSports in Atlantic City and South Jersey.

Globally too, eSports are trending upward. Newzoo, a research company that tracks eSports, reports the global audience for competitive video gaming will increase by 8.7% to 532 million in 2022. Games will also generate $1.38 billion in economic activity worldwide this year. 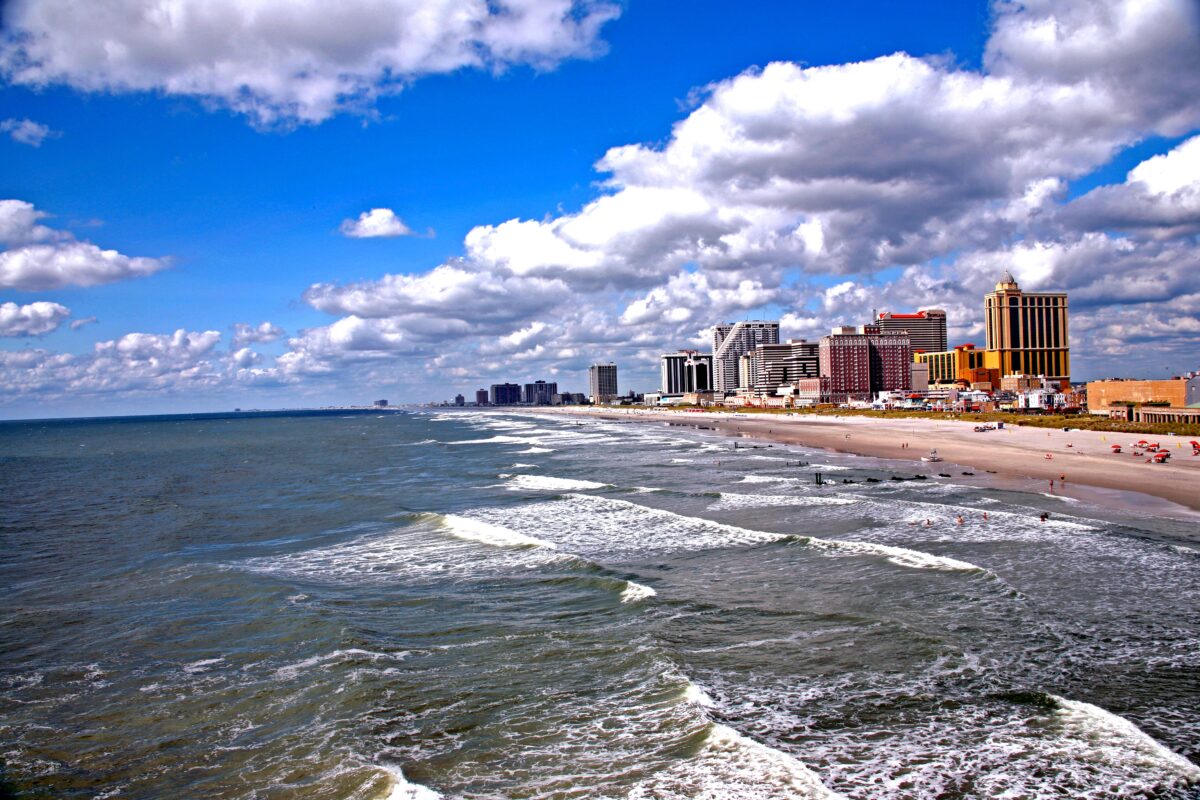 Given the above, it’s clear that New Jersey has a great deal of momentum behind eSports, which gives companies such as EEG the incentive to establish a physical presence in the State. Due to the infrastructure already in place, New Jersey can become the epicenter of this fast-growing industry, due to:

Choose New Jersey is your trusted partner for economic development, and we are prepared to help your business find opportunities for growth and innovation. If you’re interested in establishing or expanding your presence in the eSports industry, New Jersey is the best place to do it. Contact us today!