In December 2017, legislation authored by U.S. Senators Cory A. Booker (D-NJ) and Tim Scott (R-SC) was passed into law after being incorporated into the Tax Cuts and Jobs Act. The “Opportunity Zones Program” is designed to spur economic development and job creation in designated Opportunity Zones.

Opportunity Zones are low-income census tracts nominated by governors and certified by the U.S. Department of the Treasury allowing investors to direct capital into new projects and enterprises in exchange for certain federal capital gains tax advantages.

Governor Phil Murphy worked directly with U.S. Senator Cory Booker’s office, convened meetings and round tables with mayors throughout the State to receive feedback and input, and met with the New Jersey Congressional delegation to ensure a fair and transparent selection process. New Jersey Opportunity Zones are located in 75 municipalities, representing every county. The Opportunity Zone initiative will be housed at the Department of Community Affairs.

Opportunity Funds are private sector investment vehicles that invest at least 90 percent of their capital in Opportunity Zones. Opportunity Funds provide investors the chance to put that capital to work rebuilding the nation’s low-income rural and urban communities. 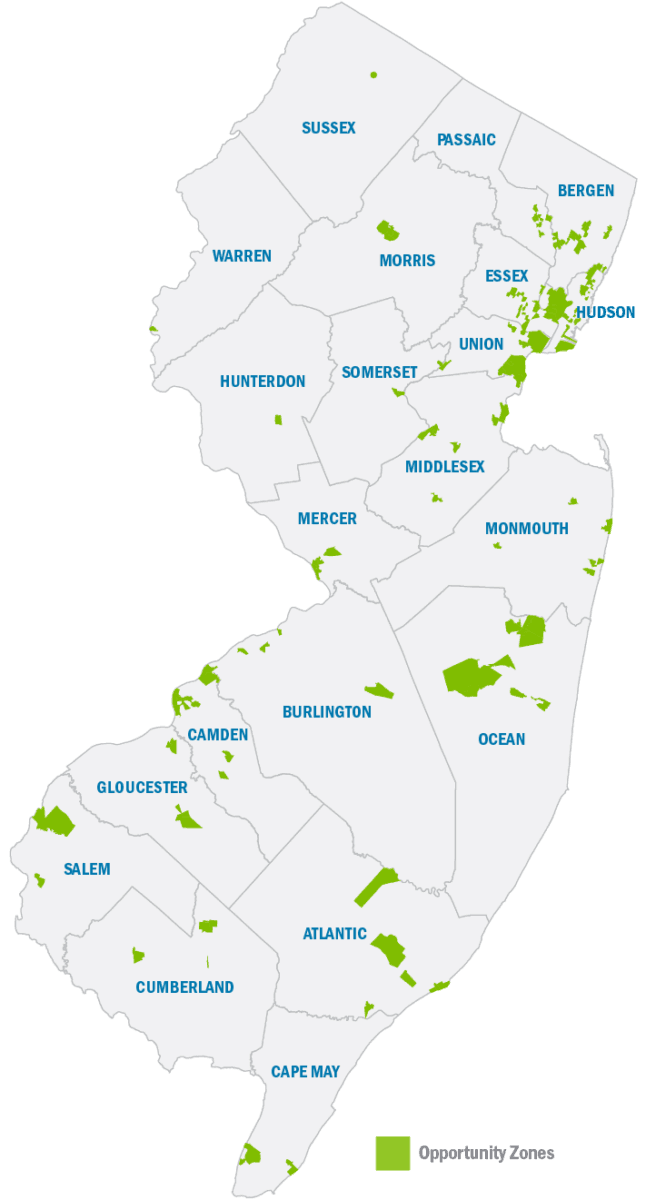 This event was hosted by Choose New Jersey on July 16, 2018 at Rutgers University-Newark.